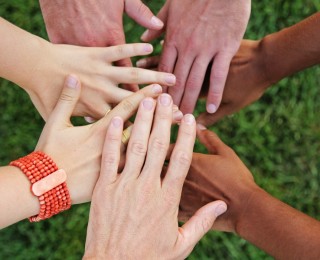 This post is the culmination of reflections on my person experience and world events so far in 2020. It’s fitting that I am committing them to writing on June 4th, a date memorialized for pursuit of freedom from an authoritative system by Chinese-speaking diaspora.

As human beings we all live in Systems – sets of rules and constraints that we must play by in order to thrive. A System is external of us. More often than not we have little control over the System we live in, but we learn to maximize what we can get out of it while minimizing risks. When we fail to thrive in a System, we often look within, try to change our mindset and thinking so we can continue to survive without falling into despair.

I am in a profession that teaches people how to work a System to the fullest. If you are able to even think about financial planning, you are already at a position of privilege. You understand that there are rules, and you have the resources to exploit them to your favor.

Those who are able to work the System can sometimes fall in the trap of thinking they succeeded because of their effort. No matter how much the System stacks against them, since they are able to succeed, everyone else can.

Of course, it is a personal achievement to be able to work the system. As a society we look up to those who are able to do it, and we all aspire to be like them. However, working the System successfully says less about the person than about the System itself. If the system is against you, no matter how much effort you put in, the odds are against you.

As a financial planner, I need to be very careful to avoid only working with those who are more likely to thrive in the System to fulfill their destiny. It’s only natural for business progression. If how we define success if the amount of money earned, it will always be more profitable for me to work with those already with money. Even without changing the system, I need to work the System in a way that lifts up those who have the odds against them.

When my spouse decided to seek other job opportunities again early this year, I saw it as an escape. Instead of persevering through or finding a way to improve the System, you just ditch it. Escaping sounds so easy and so wrong.

Until I realized that I too escaped the system 10 years ago, when I decided I never want to be in a position to figure out how to make myself appealing to employers on a resume. I left the corporate world, became self-employed, then a business owner. I never looked back.

As Covid-19 spreads around the world, many also discover that having the resources and flexibility to go to another System is a blessing. Mobility is another form of privilege.

Many of my readers are globally mobile, from a location or career point of view. We can more easily leave the System we are in when it doesn’t suit us. We don’t have to force ourselves to survive in a System that lowers our odds of success.

On the other hand, those who cannot escape only have the third option.

Whether facing a pandemic, racism, economic inequality, or injustice, some people are courageous enough to challenge and change the System. It is not something people who are able to work the system often think about, because there is no need to.

Many Systems in the world are broken. In the US, People of Color and other disenfranchised groups are living in such broken Systems. Changing the Systems may seem too big for each individual to tackle. But we need to recognize the Systems are man-made, so they can be improved for the better.

We may not always agree how to change the System collectively. Afterall, some people are thriving in these Systems. They don’t necessary want the change. The only way to change the System is for those who currently thrive in it to play a part in increasing others’ odds of success. It is not a zero sum game.

I must admit that as a new immigrant to the US, I felt that it was not my fight to push against a System of prejudice, discrimination, and injustice against People of Color

Yes, I’ve been subject to unfair treatment and assault because I am an Asian woman. Not just in the US, but across the seven countries I’ve lived in so far – whether it’s majority white, black, brown or mix.

In fact, I was prejudiced in my home country because my relatively darker skin tone. In one of the most recent encounters, I was mistaken as a foreign lived-in help in my parents’ home. The handyman refused to speak to me, assumed that I couldn’t speak Taiwanese, nor did I have the power to hire him or pay him. He was obviously wrong.

But living as a “foreigner” most of my adult life, I always feel I could escape the System that is unfair to me. I also have the skills and resources to work the System to my advantage when I’m not heavily discriminated against. Those are my privileges.

It is my fault to choose to ignore that I am part of the Systems that I am in. I have the responsibility to transform them for the better for my brothers and sisters who need to work much harder than me to be seen or heard. It is my privilege to uplift their voices wherever I am, regardless whether I am a foreigner or not.

You are the most important

I believe that every human in the world is not just born “equal”. To me it implies that we are replaceable, interchangeable. It justifies our values in comparison to others. It leads to both extreme socialism and capitalism, where we have no control of our value, or have to work to our death to prove it.

No. I believe we are all individually the most important person in the world in the eyes of our Creator. Each of us is indispensable. We are the important not in comparison with others, but because we do. Each of our value is incomparable with another human beings, regardless of our looks, our background, our resources, our beliefs.

Jesus in his parable said that he would leave the 99 sheep to look for the one that is lost. If we were all equal, the 99 sheep would have greater value than the one. But that is not what happens. Each of us is the most important in His eyes.

That is the action I want to emulate.

In the coming weeks, I will seek to amplify the voice and resources for the community that has been underrepresented and underserved in two ways:

These are the first steps for me to not simply work or escape the System that is my profession, but to change and transform it.

What will your response be? 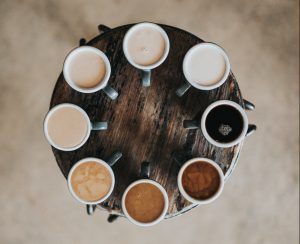 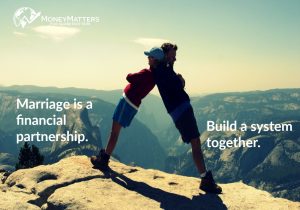 What you leave behind