A Tale of Money Transfer from the US to China 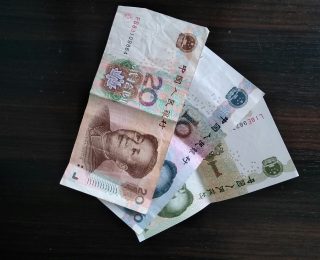 You may have read my International Transactions 101 series on this blog. While I detailed how money transfers and exchanges actually happen in the back end of each service, I have not actually tried every single method personally. A while ago I’d had the opportunity to complete an international transfer. At my friend’s urging, I’m sharing my story of money transfer from the US to China. You may find a real life experience helpful.

It all started with our decision to buy a car in the local market.

Although I’ve lived in six countries in the last ten years, I had not had the need to transfer a significant amount of cash across borders. We either had all our large purchases pre-arranged, or were earning local currency in the local economy that we could spend. This is the first time that I needed a large sum of local currency all at once.

Our original plan was to buy a car from a departing US expat who would take a check in US dollars. Unfortunately that did not pan out. As we waited and explored different options, we came to the conclusion that if we wanted to have a vehicle soon, we needed to purchase it locally from a dealer in Renminbi.

Next, we had to figure out how to pay for the car. We did not expect to spend too much money on this car. In fact, we could have put the full amount of the purchase on our VISA credit card, which would allow us to make the payment in USD from our US bank account. However, as we later found out from several dealers, international credit cards are generally not accepted in China because the point of sale system does not support currency exchange. Usually only retailers or the travel industry that target foreign tourists will have the facility.

At this point, our options of paying for the vehicle were narrowed down to two – transferring USD from our US account to a Chinese bank account, then exchanging currency within the account, or use a third party that would allow us to receive Renminbi in physical bills directly.

At the same time that this was going on, we were also having issues with opening Chinese bank accounts given our type of visa. To make the matter less complicated and time consuming, I decided that bypassing the banking system was probably easier. So it left us with one option – use the old school Western Union to facilitate picking up cash locally.

Western Union it is!

Believe it or not, this is actually not my first time using Western Union’s international transfer service. The last time I did it to allow someone to pick up money in Singapore, I was able to initiate the transfer online, have the money withdrawn from my bank account, and ready for pickup without a hitch.

I was not so lucky this time. Even though it was clear that the sender and receiver were the same person, the online portal refused to process my request and repeatedly gave me “unknown error” message. Customer service did not provide any help. They said my account was in good standing and they couldn’t tell what error I was receiving.

It was getting kind of tiring. We’d identified one car we wanted to buy but it got snatched up when we were figuring out how to get Renminbi. We even debated foregoing having a vehicle. In the end, the experience of renting a car was enough of a pain that we decided to persist. Now there was an even greater urgency to see this through.

I still have the last solution in my pocket – the one thing you don’t expect to have to do in this digital day and age. I decided to try the in-person cash-to-cash transfer at Western Union.

It’s a method most people try to avoid. First, it’s generally more expensive. The intermediary agency will charge a higher mark up, because you must have no other options to have to do this, right? Second, it is lined with potential for fraud. Heard about the Nigerian prince needing your investment? Or the lover in Italy wanting the money to fly to see you? How do they usually get the money? Yup, in-person cash transfer.

Nevertheless, this method has one saving grace. The transfer may go through immediately. The reason is that there isn’t any real transfer of money. The exchange service has branches in both countries. They take some cash in one country, and give out the same amount in another. It’s only a matter of bookkeeping.

I was desperate, but also fortunate enough that this was an option for me. My business account still had my earnings, and my business partner at the time was able to withdraw money since we were both signatories. This would not have worked so smoothly if I had to first send a check to someone I trust, have them cash it, then take the cash to Western Union.

It was relatively painless, according to the person transferring the money, but not without hiccups. Below are his direct quotes:

“After I processed the transfer at the Western Union staying at Giant, they placed the transaction on hold and asked me to call them.

I called them and they had a heavy Indian accent and the call was not very good… I got disconnected once and then I had to call again and waited a bit more… It was a quite typical call center experience.

During the call they asked details about our connection and the reason for the transfer. I told them the detailed story of how we got to know each other, our business together and why you are in China. At the end of the call they asked me to wait for about 10 minutes on hold and finally they got back to me saying that the hold had been removed and you can receive the money. They are clearly very concerned about fraud coming from China.

It took me about two hours to complete everything. It was not super smooth, but it was not hard either…”

So the next day I went to the closest Western Union location near me. In the US, the agents are mostly located in grocery stores. In China, they are all in bank branches. This particular bank asked me to fill out six forms in total. Only one was for Western Union. The other five were for becoming a customer of the bank, currency exchange, and verifying my tax status. 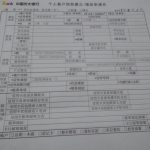 money transfer from the US to China 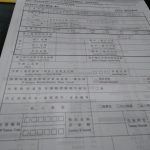 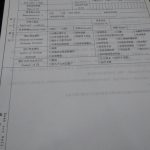 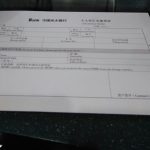 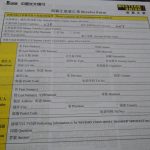 (For those who are interested, reporting of US citizen’s accounts to IRS is real. Every form I’ve signed so far with banks in China required me to declare my US tax residency and ID.)

I was in the bank for less than an hour, and I walked out with three stacks of 100 Renminbi bills, roughly the equivalent of USD 5,000.

(Note that USD 5,000 is also the largest amount Western Union would have processed for any single transfer without going through its FOREX service. I believe it is to comply with the anti-money laundering regulations and prevent fraud.)

How much does it cost?

You may wonder how much it cost me. There are two variables in this equation.

First, Western Union charges USD 27 to send money in person with an agent. I found out that information online in advance, and asked my business partner to withdraw $27 on top of the $5,000.

According to the same website, I was also supposed to pay the equivalent of USD 25 to the receiving agent in China, but I wasn’t charged that while at the branch, an unexpected saving here.

However, it appears that the receiving agent applied its own exchange rate because it was a bank with its own FOREX service. During the transaction, a screen asked me to consent to the final exchange rate at 1 USD = 6.5698 Renminbi.

I later checked the mid-market rate that day. It was at 1 USD = 6.5757 Renminbi. So the exchange rate markup was also much lower than I expected.

So I hope my experience is helpful for you to evaluate your money transfers from the US to China. Since then, we’ve bought and sold the car, and left China for another destination. You may have noticed that the exchange rate is much favorable for USD now. So in addition to the depreciation on the car, we ended up losing a lot more due to currency exchange. But that’s a story for another day… 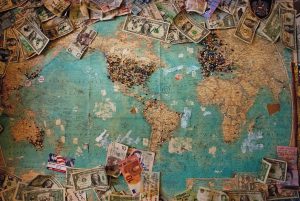 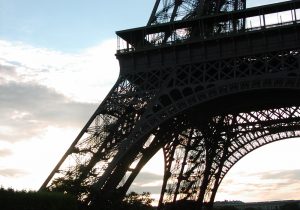 No foreign transaction fee or exchange rate markup… is it true?